On 26 January 2021, Open Nuclear Network (ONN) held the first two sessions of its two-day annual Engagement Network Retreat. I had the honor to open the event with a keynote address on the European Union’s policy towards North Korea. You can read the full speech below.

As Chair of the European Parliament’s Delegation for the Relations with the Korean Peninsula (DKOR), I am responsible for the Parliament’s relations with both South and North Korea. While the EU has excellent political, economic and security relations with South Korea (last year marked the 10th anniversary of the strategic partnership), the relationship with North Korea is of a totally different kind.

North Korea is not just a threat to South Korea, which 70 years after the outbreak of the Korean War is technically still at war with the North, but despite the geographical distance also to the European Union. An escalation of tensions on the Korean Peninsula would also affect us in Europe. This is true economically (South Korea is the EU’s eighth largest trading partner and the EU’s fourth largest export market) but also when it comes to security. Beyond its cyber-attack capabilities and chemical and biological weapons, that have been used for example to poison Kim Jong-un’s half-brother in 2017, the DPRK is capable of launching a nuclear armed Inter-Continental Ballistic Missile that could hit every major city in Europe. In addition, the DPRK threatens to undermine the global nuclear non-proliferation regime by selling weapons of mass destruction to volatile regions such as the Middle East.

The EU’s official policy towards North Korea is one of “critical engagement”. This policy combines pressure through sanctions while keeping communication and dialogue channels open. The EU’s goals are denuclearization, a lasting reduction of tensions on the Korean peninsula and in the region, the upholding of the global non-proliferation regime and the improvement of the human rights situation in the DPRK.

The EU’s policy of critical engagement has three main components: sanctions, humanitarian aid and dialogue. In addition to the UN sanctions, the EU has introduced a number of autonomous sanctions that go beyond the UN-based sanctions and target the DPRK’s nuclear-related, other weapons of mass destruction-related and ballistic missile-related programs. While other countries, including the US, have withdrawn or gradually reduced humanitarian aid, the EU has provided aid without major interruption since 1995. The aid has focused on food assistance, the improvement of health services and access to clean water and sanitation for the most vulnerable populations.

The EU and the DPRK established diplomatic relations in 2001. However, the EU has no Delegation in Pyongyang. Instead, it is represented by one of the six Member States (Bulgaria, Czech Republic, Germany, Poland, Romania and Sweden) that have resident Embassies in the country. Between 1998 and 2015, the EU conducted 14 sessions of political dialogue with the DPRK. However, since 2015 no meetings have taken place. The European Parliament is currently the only institution that is officially visiting North Korea. Therefore, “Parliamentary Diplomacy” is even more important. While in theory “critical engagement” should encompass both sanctions and engagement, in recent years the focus has been primarily on sanctions. This has led to a diminished role for the EU. While the leaders of the US, China and Russia have all talked to North Korea, the EU has had no official communication with North Korea since 2015. As a result, the EU has often been side-lined. The policy of critical engagement has also failed to achieve its stated objectives (reduction of tensions, non-proliferation of nuclear weapons, improvement of the human rights situation). Therefore, the EU’s policy of critical engagement needs to be revised.

The EU should resume the political dialogue with the DPRK and consider establishing an EU representation in Pyongyang as well as a North Korean Embassy in Brussels. It is important to underline that the opening of communication channels is not a reward but a necessary condition for effective diplomacy. What is more, resuming dialogue with North Korea does not mean giving up sanctions. They can and should remain in place, but they should be combined with diplomacy. With such a revised approach, the EU could also play a larger role when it comes to de-nuclearization. Due to its high credibility, stemming from its constructive role in the negotiations and its continued support for the Joint Comprehensive Plan of Action (JCPOA) with Iran – even after the US withdrawal – the EU could play the role of a facilitator and guarantor of an agreement. In comparison to other powers, the EU has less direct interests in the region, which would give her more credibility as a mediator.

In addition, the EU can make valuable contributions in the economic field. Although the trade volume between the EU and the DPRK has continuously decreased over the years, the EU is still a significant economic player. At a later stage of the conflict resolution process, the European Union will be needed to finance the rebuilding of North Korea’s economy. Therefore, the EU should be involved already at the beginning of such a process. Finally, the EU should also focus on fostering people-to-people contacts, for instance by supporting academic exchanges. 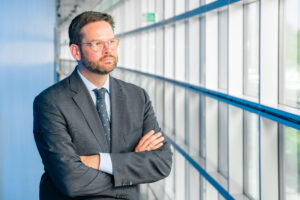