Liberal democracy, freedom of the press, the European way of life – the special committee will defend it all

With the beginning of the parliamentary working year, the work of the special committee with the long, almost unpronounceable title “foreign interference in all democratic processes in the European Union, including disinformation” starts as well.

I am a full member of this committee and pursue a clear agenda and clear objectives with my work there:

(1) Freedom of Expression
Freedom of expression as a prerequisite for the development of society and the individual is in danger when “under a false flag” – through troll factories – content is disseminated that is supposed to appear like the opinions of real people, but whose intention is to generate hate and envy and all sorts of other negative emotions and thus causing social divisions. This scenario is not theory, but daily practice. The special committee will have to expose and clarify this. Then conclusions must be drawn and concrete measures must be taken to defend real freedom of expression among real people across Europe and to enforce it worldwide.
This is closely related to my work as the European Parliament’s rapporteur on the Fundamental Rights Agency.

(2) Freedom of the press
We humans hardly eat raw meat. We eat cooked meat. In the age of social media, it is the other way around with media contents: We are consuming less and less seriously prepared information. We are consuming all sorts of content that – intentionally guided by algorithms that are paid for in one way or another – reaches us through the various channels. In the past there was censorship by the authorities in Europe. Where it still exists, it should be rigorously fought, also in other parts of the world. However, today’s acute threat to freedom of the press is (infra)structural in nature. The importance of journalistically prepared content needs to be understood. The corresponding structures need to be secured: materially and ideally.
There is a close connection here with my work in the Committee on Justice and Home Affairs, where we also deal with classical methods of threatening press freedom, including threats to journalists.

(3) Democracy
Interference from outside Europe in social and political discourse through deliberately spread false information has influenced democratic polls in the past. Given this grave fact, we need to understand the nature of the greatest threats to our European democracies in the 21st century. The result of “Fake news” is that people are less and less able to differentiate between “true” and “untrue”, that facts are not recognized as such, and that in the end, taking illegitimate paths can claim – and is given – just as much justification for itself as taking legitimate paths. Addressing these threats requires a set of measures and must ultimately lead to a different type of policy.
Here, as head of the Transatlantic Friends Of Israel (TFI), I will also seek close connections with Israel, because the State of Israel has long and intensive experience with threats to its democracy from the outside.

(4) Hybrid warfare
The term seems technical, but expresses something very plastic: In fact, the form of war that Europe is exposed to today is not expressed in the images that have been traditionally associated with the term war. “Hybrid warfare” means the structured undermining of state and social systems, for example through cyber-attacks on critical infrastructure or the influence of fake news as described above. The number of cyber-attacks on Europe and in Europe has roughly doubled since the beginning of the pandemic. This is one of many alarm signals that urge us to protect Europe from hybrid attacks that are carried out subcutaneously on a daily basis.
This is closely related to my work in the Security and Defense Subcommittee, where I serve as a Vice-Chair.

(5) Counterintelligence
The recently discovered intelligence activities of countries like China, Russia and Turkey in Europe as well as the increasingly virulent challenge of dealing with disinformation publicly disseminated by agencies outside Europe, confirm that the Special Committee must also deal with the necessity, mechanism and effectiveness of counterintelligence measures of the EU and its member states. It is also important here to pool relevant experience of the member states – ideally with the involvement of the United Kingdom – to draw reliable conclusions.
This is closely related to my work in the Foreign Affairs Committee.

6) Technology
Europe threatens to become a continent of consumption – because we are increasingly consuming what is invented and produced in other parts of the world. However, we also need innovation and production in Europe. This is important for the economy and jobs. But that is no less important for the security and the assertion of the “European way of life”. The technical term that is used for this is that of “strategic autonomy”. In times of crisis, Europe must be able to help itself, because part of the nature of a crisis is that it is unclear beforehand from which side support can be expected during the crisis. This is especially true in the field of information technology.
Here I will seek connections with the labor market committee and the subcommittee on security and defense in order to advocate the economical and targeted use of funds for research and development.

7) Education
The most effective protection against the harmful effects of disinformation is education. For children and young people, this is a task for the whole of society that affects families, schools, formal and informal educational institutions, the media and all adults. For every person, this is a question of lifelong education, because the threat scenarios evolve and become increasingly complex and perfidious. Education helps to check the plausibility of information. A citizen, who has a good general knowledge will hardly or not at all be susceptible to disinformation, conspiracy theories and their destructive power.
There is a close connection here with my work in the Labor Market and Social Committee. 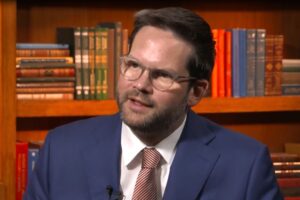