Brussels, February 3, 2021. “In these days, the mutual recognition of the State of Israel and the Republic of Kosovo will become a reality. As different as the two states are, it is also true that both are of particular importance for the development of the EU and Europe therefore it is a moment of joy when two states, which have so much in common with the EU, now also establish diplomatic relations”, explains Lukas Mandl, Kosovo rapporteur of the European People’s Party in the European Parliament and head of the cross-party Transatlantic Friends of Israel Group (TFI).

Deepen the Association Agreement with Israel

“The EU-Israel Association Council has not met since 2012. For years we have been calling for a reconstitution of the Council with the aim of updating and deepening the Association Agreement between Israel and the EU. It was a step in the right direction when Commissioner Olivér Várhelyi announced respective plans in autumn last year. I have heard that the Portuguese Council Presidency is also open to discussing this issue during their Council Presidency in the first half of 2021. I have therefore submitted a formal parliamentary question to the Council in order to receive a binding answer regarding preparations for the organisation of an Association Council. I am pleased that my home country Austria is setting a good example here and that the Austrian government, on the initiative of Federal Chancellor Sebastian Kurz, has been working on a more in-depth agreement between Israel and Austria since last summer”, says Mandl.

“The Council of Member States is also called upon to finally implement visa liberalization for the citizens of the Republic of Kosovo. This is what my second current parliamentary question is about. We know that it is a small minority of Member States that still refuses Kosovars what the citizens of the five other Western Balkan countries have long been granted, namely visa-free travel to the EU – and this despite the Kosovar state fulfilling all requirements, despite the recommendation by the European Commission and despite the clear majority decisions in the European Parliament as the only directly elected institution, as the representative body of the citizens of Europe. What is at stake here is the bare minimum of what the EU must do in order to do justice to the strong European orientation of the people of Kosovo, namely simply keeping its own promises. One has to be able to rely on the EU. The Council is called upon to make a quick and unambiguous decision”, says Mandl and makes clear: “It goes without saying that the fundamental freedom of travel for Kosovars is not related to the necessary travel restrictions as part of the pandemic management in Europe and worldwide.” 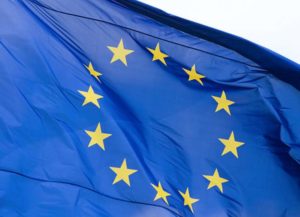