ÖVP-Mandl on the Middle East conflict: Israel defends itself and civilizational values

Brussels. “Heavily-armed terror organizations unscrupulously fire rockets at civilian residential areas. Children, women and men are traumatized by this rocket fire and other acts of terror and are ultimately the victims of these terrorists,” says Lukas Mandl, speaker on foreign and security policy of the Austrian Peoples Party (ÖVP) in the European Parliament, about the escalation in the Middle East on the occasion of the current plenary debate.

“Israel is a democratic, rules-based country and the only one in the Middle East. The only Jewish state in the world is, unfortunately, hideously attacked also on Europe’s streets in antisemitic fashion, during demonstrations for example. The authorities in the member states need to take strong action to prevent this. Antisemitism must not be allowed in Europe,” Mandl declares.

“Israel is a partner state concerning the values of human dignity and freedom. Apart from security for which Israel provides stability the cooperation in science and economics, among others, is positive and very valuable for us as the overcoming of the pandemic shows,” Mandl recalls. He chairs the non-partisan Transatlantic Friends of Israel (TFI) in the European Parliament. “Of course, Israel has the right and also the duty to its own citizens to defend itself against the terror attacks. At the same time it defends what we globally call civilization.”

“It is obvious where the regime of Iran has positioned itself. But it is still depressing that Iran supports the terrorists overtly and demonstratively. Hamas and Hezbollah are non-governmental actors which threaten and fight a bona-fide state and its civilian population. The antisemitism of the Iranian regime is outrageously presented on the world stage. This must be addressed. It must be rejected unequivocally. Even more distressing is the fact that the Turkish government has as well, and with extreme wording at that, taken a stand against the Austrian government’s clear positioning for democracy, the rule of law and, fundamentally, for civilizational values,” continues Mandl.

The member of the European parliament finally stresses: “My thoughts are with those people who daily have to fear for their lives, who would simply like to live in peace and tend to their affairs. Rampaging terror militias prevent them from doing so. One should never mix up who are the aggressors and who defends itself. But every victim is one too many, on all sides.” 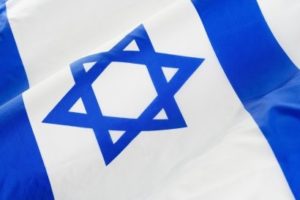