On 10 November, Lukas Mandl, Chair for the Delegation for relations with the Korean Peninsula (DKOR) delivered a keynote speech at the event “EU-Korea convergence and partnerships 10 years after the EU-Korea Free Trade Agreement”.

“The country shares our values of democracy, rule of law, human dignity, individual and economic freedom and is therefore more important than ever as a partner”, he added.

Mr Mandl highlighted that the bilateral Free Trade Agreement (FTA) was the first trade deal signed by the EU with an Asian country and the first of the EU’s new generation FTAs.

He mentioned that exports of goods and services have greatly increased since 2010 and so did foreign direct investment (FDI). Moreover, trade between the two blocks creates jobs in Europe and it will be an important asset to overcome the economic consequences of the pandemic.

In addition, Mr Mandl praised the way South Korea has managed the pandemic through extensive testing and contact tracing and stressed the importance of sharing best practices.

The strength of EU-KOR political cooperation stands in the various forms of summits, political dialogues, and regular high-level meetings in which all aspects of the strategic partnership are discussed. There are currently 40 different official exchanges in place.

A top priority for the EU and for the D-KOR is the stabilisation of the Korean peninsula. “The European Parliament is the only EU institution that is officially visiting North Korea. With the means of Parliamentary Diplomacy, we are trying to contribute to stabilisation, peace and de-escalation on the entire Korean peninsula, in line with the EU’s policy of ‘critical engagement’”, Mr Mandl highlighted.

STUDY on the Pandemic and EU-Korea cooperation (PDF) 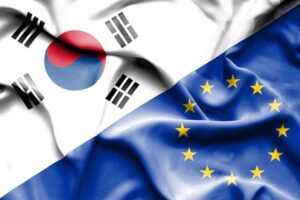