David Lega (SWE) and Lukas Mandl (AUT), both Members of the Foreign Affairs committee of the European Parliament, jointly state:

“Given that the EU itself has failed to renew the Association Agreement with Israel for 20 years and to convene an Association Council for eight years, High Representative Borrell must not go too far in judging the US-proposal for a Middle East solution.

Borrell should rather present the EU as a power supporting constructive proposals and condemning violence, which again was the response of extremists in the region after the release of the US-plan. 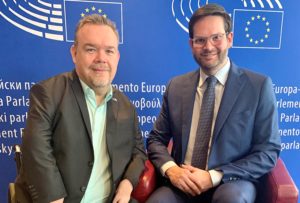